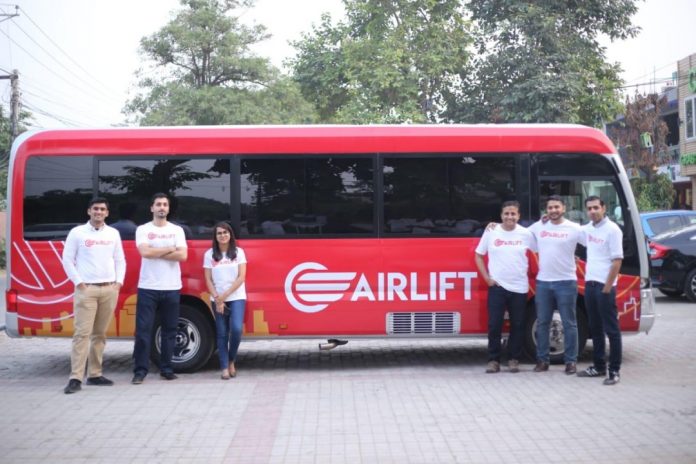 Airlift was born in April 2019, with a vision to build a decentralized mass transit system—one that enables the use of higher-capacity vehicles, as opposed to single-car ownership and usage. The core belief is that this makes urban commute more efficient, while reducing traffic volume and carbon emissions in the increasingly congested, polluted cities of South Asia. The team are also driven by the mission of making daily commute safer and hassle-free for vulnerable groups like women, whose lack of mobility inhibits their economic and social participation.

With tens of thousands of daily commuters now relying on Airlift, they are excited to announce having secured $12M Series A financing, led by First Round Capital, a New York based venture capital firm, that has previously invested in companies like Uber and Square. This is not only First Round’s first investment outside the US, but also the first time that a leading US fund has invested in Pakistan. They are grateful to have played a role in this, and hope this signals a spurt for the country’s startup ecosystem.

In the wake of this financing round, they look forward to expanding our current team of 25, as well as scaling our network of buses and vans beyond Lahore and Karachi. This is also the right time for us to actively seek out exceptional teammates, and to invite their customers’ and fellow Pakistanis’ ideas and feedback. They are here to listen, adapt, and deliver! Their team would love to hear your thoughts about cities we should go to next, additional services we should provide, or other ways in which Airlift can make your commute easier. You can reach them at [email protected].

The Series A financing marks a key milestone in their vision for a progressive Pakistan – a Pakistan in which daily commute is neither unsafe nor a struggle, a Pakistan that is a profitable prospect for foreign investors, a Pakistan that provides exciting, meaningful work opportunities for young people, and a Pakistan that supports and enables ambitious entrepreneurs with a global vision. This has been, and continues to be, the vision of their founding team (Ahmed Ayub, Awaab Khakwany, Muhammad Owais, Meher Farrukh and Zohaib Ali).

Airlift is built in Pakistan, for Pakistan, and by Pakistan.