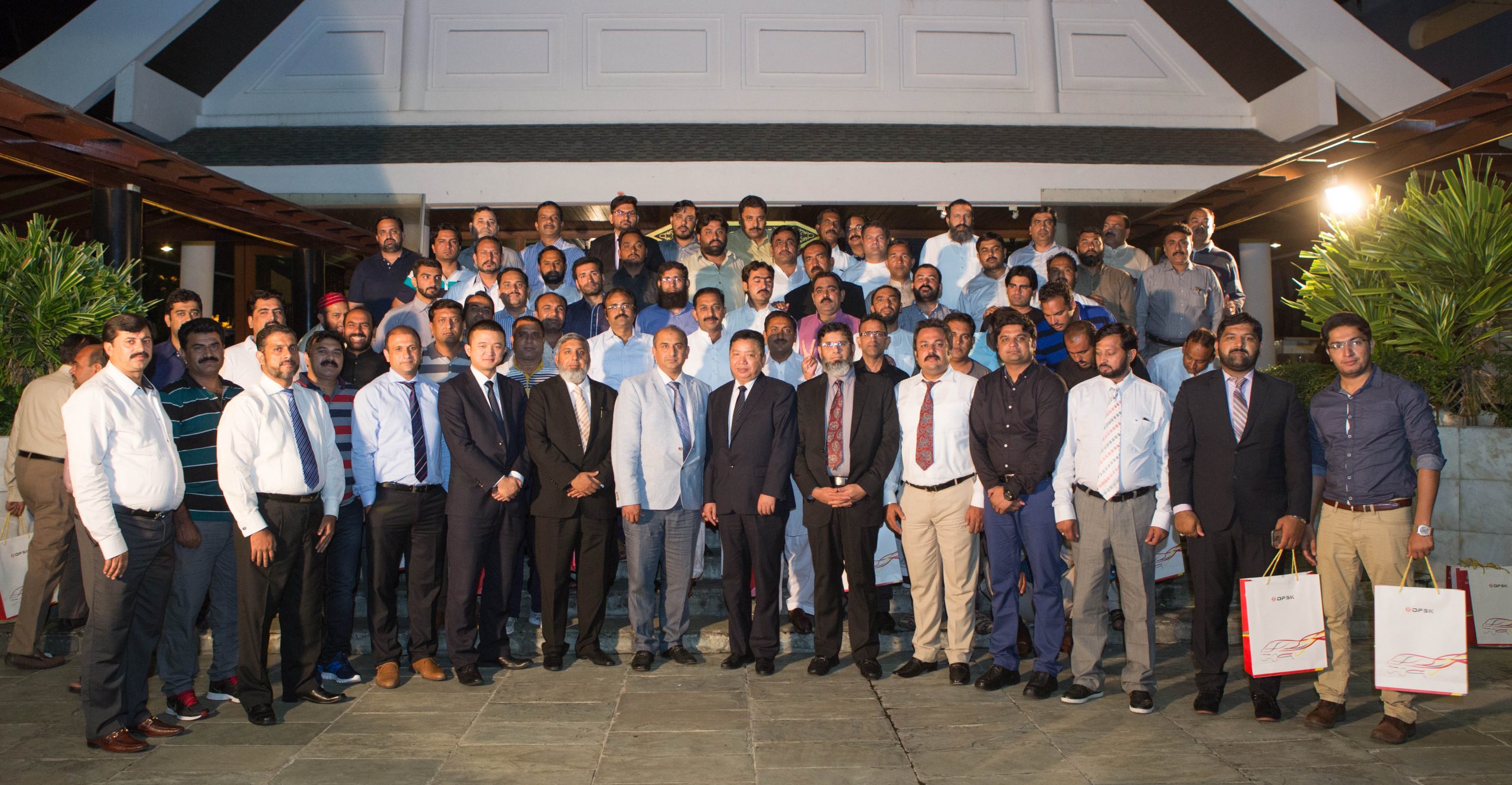 Omega Industries established in 1995 in pursuit of empowering the Automotive Industry for Motorcycles and Rickshaws manufactures in Pakistan and have a professional team of sale, service and spare parts. The Industry is committed to providing necessary skills, knowledge, hands-on training and soft skills to the underserved youth which allows them to exploit employment

To appreciate dealers company have arranged a incentive tour to Singapore, Malaysia and Bangkok.

Meanwhile, Omega Industries held a convention 2015-16 in Bangkok hosted by Faisal Mufti Groups Senior Marketing Manger of Road Prince. The purpose of this convention was to meet their dealers under one roof and also want to appreciate their dealer’s employ in form of awards / Shield for their achievements.

There was a big ceremony at the occasion, This event was so special as another milestone achievement by this group were announced. Mr. Zhang of DFSK Group and Omega Industries Group Chairman Sohail Usman singed MOU for cooperation in 4 wheel business.

General Manager, Mr. Zhang, of DFSK group, China and Omega launches 3 models. Mr. Zhang addressed with the convention and announced that they will be happy to award the distribution ship of automobile to Regal Automobiles Industries Ltd. He also elaborates the features of the vehicle that these kinds of automobiles are very useful in Pak-Chine corridor due to its suspension and comfortable drive. These vehicles are designed as per quality and accordance with the market competition for customer’s satisfaction.

Mr.Tanveer Ahmed, CEO Omega Industries, also addressed with the convention. He was pleasure to see the progress of their dealers and their employers. He thanks to Mr. Zhang to trust on our group and ensure him for better services of their newly launched vehicles. He also appreciated the organizer of the convention.

Mr. Sohail Usman, Chairmanr Omega Industries, was also preset and he welcomes all the dealers at the occasion.

The story of DFSK can be traced back to DFM (Dongfeng Motor Group, China), originally founded in 1969.  Dongfeng is now China’s third largest vehicle manufacturer, selling almost 2 million vehicles representing a 10.8% share of the Chinese marketplace.

Such is DFSK engineering excellence that they are currently engaged in partnerships with several of the world’s leading motor manufacturers, making their vehicles for the Chinese domestic vehicle market. In 2014 DFSK commercial vehicles achieved sales of over 290,000 with a forecast of 360,000 sales for 2015.