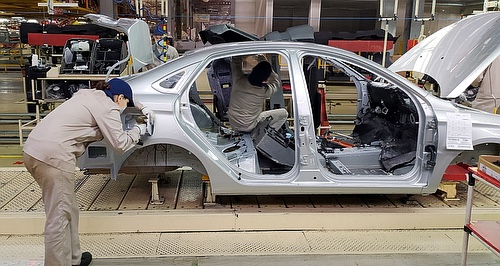 In Pakistan, the solution to every problem is to ban it. If crime scales up pillion riding ban is certain to impose; if schools are exposed to threats, close the schools and stay at home; and so on. I remember a comedian was asked what would happen if the twin towers had been destroyed in Pakistan. Simply, a two-month ban on pillion riding, the comedian replied. We never bother to find the root cause to address the issues.

Similar happened with the ongoing ban on imports of 919 items on 19th May 2022 due to pressure on our foreign reserves under an impulsive move without calculating the net after effects. Ostensibly, this proscription was imposed to impede the widening trade gap and keep our foreign reserves to a certain level to avert the possible default hovering over our heads. Rising interest rates of raw materials, energy costs, freight, and sky-rocketing inflations had already robbed the industry of competitiveness and ease of doing business. This outlawing is furthering the nightmares of the manufacturers, now seeping down to the masses.

Generally, the economic sense warrants a complete import ban to hold the dwindling foreign exchange. But the scene behind the scene may be seen differently. To contain foreign exchange outflow (FE), an ongoing fashion, is proven like holding sands in a fist. The ban on the raw materials and those parts needed in the process and other industries is not a rational decision at all. Its negative impact will be glimpsed at the time of tax collections, in addition to the export shortfall, unemployment, and GDP decline. In May 2022, the imported items a must by the process industries were hooked with a classified list that required special permission from the SBP. Some consignments are lying on the ports, equating the value with demurrage. The most erroneous ban is on the items that fall under chapters 84 & 85 of SRO 655, which are part of the manufacturing of the mother automotive engineering industry. This industry is fully documented, employing four million people and Rs.billions to the national exchequer. Just calculate the tax on a car to grasp the impact.

On the tantrum of manufacturers, SBP invoked a condition on the tooling and parts needed for manufacturing. Engineering concerns were asked to furnish the immediate past import data to set a formula to fix the quota. The 50% quota was allocated on past performance, which has never been released till today, instead of high hopes. Some renowned Original Equipment Manufacturers (OEM) have reduced their production, and some are on the way. They might think about lowering the import dependency and mulling over import transfer technology. Interestingly, leakages are still there through smuggling, misreporting, and substitution. The auto and mobile sectors are especially in a hysteric mode.

The better-off government let run the wheel of the industry by allowing the import of raw materials, tooling, necessary parts of production, and machinery. Nonessential and luxury items being produced locally do not argue for not banning them. The ways to narrow down the trade gap are to tighten our borders and take stern action against misrepresentation, which is all season in Pakistan. If this un-rational ban continues, we should be ready to import wheat, rice, sugar, and so on, as the financial muscles of the tractor industry are also getting exhausted. The illustration of Siri Lanka is before us, where a ban on agrochemicals led to a drastic lowering of the agriculture yield. Foreign Exchange saved from banning imports of auto and tractor parts would be far less than the spending on import of agro-essentials. It would be prudent for the national financial managers to exempt chapters 84 & 85 of SRO 655 from the permission of imports, plug the loopholes, and impose a complete import ban on luxury, nonessential, and what is being produced locally. Indigenization is the only open secret if we want to survive in a world where survival is only possible for the fittest, and it’s not possible without doing the ease of business to attain competitiveness and economy of scale.

The author is Secretary General PAAPAM and freelance writer