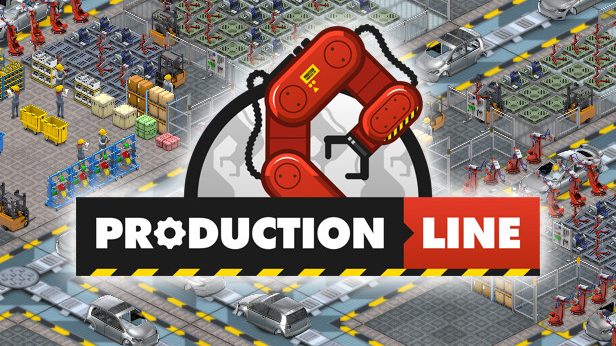 The first month of FY20 may end on a depressing note for Indus Motor Company (IMC) and Honda Atlas Cars Limited (HACL) who were forced to slow down their production amid unsold stocks, low arrival of new orders, massive price hike, high interest rate and new budgetary measures.
Contrary to this, a new Korean auto giant was happier in thanking customers for their overwhelming response to its newly launched KIA Sportage SUV.

The first assembler to shake up the auto sector was HACL, ceasing production of vehicles from July 12-21, 2019 coupled with already observing Saturday as a holiday for the last two and half months.

HACL’s sales have been under pressure since January, following non-filer issue coupled with the imposition of 10 per cent Federal Excise Duty (FED) on Honda Civic which holds 40pc share in total HACL sales. The government in Budget 2019-2020 has levied FED in the range of 2.5-7.5 per cent on vehicles of various engine power.

Since January, Honda has been producing around 160 vehicles per day, down from 220 per day prior to that month.

The government has further dented the auto industry with additional taxes and duties in new Budget such as five per cent additional customs duty on imported parts coupled with new rates of FED. Car prices had gone too high due to the said changes in duties and taxes as well as persistent rupee devaluation against the dollar.
IMC had also decided not to roll out vehicles for eight days of July besides already observing two off Saturdays. IMC official attributed the lackluster business trend to consumers’ reluctance in purchasing vehicles following steep rise in prices, fresh taxes and duties in budget and high interest rates.

However, another hike interest rate to 13.25 per cent may further cut the already low share of auto financing in total sales.

Besides, the business and trading community has also curtailed their buying of new cars following their strikes and protests in July coupled with shutdown of many industries including textile processing mills. However, according to a group of traders, that resorted to shut down, said many issues related to trading community are still unresolved, while another group, who opened the markets, said that they were engaged with government officials for resolving the issues. It means that buying of new vehicles from business community may remain slow till the matter is resolved. The CNIC issues still haunts the traders.

Slump in Suzuki Mehran and Bolan sales, which usually made up for the largest chunk of country’s total auto sales, made a significant impact.

PSMC had shut down production of Mehran’s two models – one in November 2018 and second in April 2019, thus plunging Mehran sales to 31,981 units from 46,221 followed by drop in Bolan volumes to 17,628 units versus 21,738 in FY18.
Production of the most anticipated model Suzuki Alto started off with 1,472 units in July while sales in the same month stood at 1,685 units. Market reports suggest that PSMCL has received high booking orders for Alto 660cc especially fully loaded version.

Auto analysts believe the sector would continue to face headwinds from existing macro environment where FY20 auto sales may come down by 15 per cent to stand at 203,000 units.
They said the total auto sector’s sales declined by 9 per cent year-on-year in FY19 to 1.76 million units due to rupee’s decline against the dollar by 31pc, restriction on non-filer customers in 1HFY19, rise in interest rates to 12.25 per cent and multiple price hikes by manufactures during the year.
Trucks sales slumped mainly on account of decline in infrastructure and commercial activities coupled with shrinking economic activity.

Amid a turbulent period for IMC and HACL ahead, Pak Suzuki Motor Company Limited (PSMCL) has given a ray of hope to its vendors by neither cutting production nor resorting to plant shutdown in weekdays in July-December, 2019.
It is a good news for the customers as well as PSMCL holds over 50 per cent market share which also means that vending industry is equally dependent on Suzuki vehicles’ production.

PSMCL, while sharing its production plans for July-December, informed vendors that it would roll out over 76,000 units in the second half of current year, compared to 60,000 units in the first half of 2019.

The management had assured vendors that the production targets of 2019 are same as those fixed at the start of year. It also said there is no need to worry as the company has got a big opportunity to fill the vacuum of used small cars whose imports had been curbed by the government through various measures from January on wards.

Vendors said PSMC had the advantage of making low-priced cars on which FED imposed in Budget 2019-20 is also low compared to high end models being produced by Toyota and Honda where the impact of FED is higher.

IMC and HACL may not be happy after PSMCL’s ambitious production plans in July-December and they may put pressure on Pak Suzuki to reverse their production plans for painting a grim picture of auto sales. Hopefully, Suzuki, if it is sincere, will not resort to any pressure tactics from IMC and HACL.

Few months back, the vendors and assemblers misguided the government through their print media campaign regarding massive production cuts and threat of workers’ lay off but the FY19 did not end up horribly as anticipated by the vendors and assemblers which were further justified with brisk sales of WagonR, new Cultus, Corolla and sales of some leading two wheeler makers.

Contrary to this, IMC has revised its assembly plan on July 10 for all its vehicles and would now assemble 3,521 units in July, instead of 5,061 as earlier planned on July 3.

An authorized dealer of Toyota gave a dismal sales picture, saying only one to two vehicles are being booked on a daily basis as against five to six vehicles in previous months. “The situation is almost the same in other Toyota showrooms,” he claimed.
Market is also abuzz with news that IMC would roll out Toyota Yaris 1,300cc as a replacement for Corolla XLI and GLI either in the last quarter of 2019 or early next year.

Previously, the company had planned to introduce Toyota Vios but has changed its plan. Toyota vendors, who asked not to be named, said the parts making for Yaris has already commenced. They said they would supply parts to IMC hopefully by November and December so that Yaris could come out from the assembly plant either by January or February 2020.

Vendors hoped rolling out of Yaris either by end of this year or early 2020 with no change in plan yet despite a difficult period in terms of sales started from July. Vendors have already started parts development of Yaris.

The above gloomy production outlook in the auto sector especially in IMC and HACP may not augur well for the staffers and workers especially in the vendor industry which has been notorious in offloading workers in case of falling orders from the assemblers.
Permanent staffers and workers are a bit relaxed but daily wagers and contractual workers in the vendor industry will suffer.

Except for some, the new investors or entrants must be upset over the hovering dark clouds on the auto sector in which buyers are shying away from lifting high engine power vehicles due to their unaffordable prices coupled with government’s measures to scrutinize the income and imposing fresh taxes.

A report that Hyundai Nishat Motors may wind up its new project owing to abrupt changes in tax policy caused a stir in the auto sector but the company immediately clarified that “its manufacturing project in Pakistan is in full swing, regardless of the current tax-policy changes. There are no changes in its intention to manufacture locally, so the company officially refutes any rumors in this regard.”

This is not the one incidence as the auto sector watchers are still skeptical over no progress in Renault-Al Futtaim project as they believe it may not materialize in future due to various tax issues and changing market dynamics. Only the Pakistani government is playing safe on this project otherwise Al Futtaim and Renault have so far been tight lipped. Sources said that people associated with this project say that “everything relating to the project is at standstill.”

Besides, market is also quiet over any news from other new entrants (green field investors) relating to the current status of their projects while Master Motors Limited has so far been quite active in unveiling its new plans in the media.

If FED, rupee devaluation and other taxes continue to exist then there is a possibility that some more new entrants may ponder in pulling back from Pakistan because of unfeasible project cost and tight future sale prospects.

However, market is now wide open after persistent declining trend in arrival of three year’s old vehicles which means that the market has a vacuum of 70,000-80,000 used cars that need to be filled by the new and existing players. According to Pakistan Bureau of Statistics (PBS), import of new and used cars shrank by 51 per cent in FY19 to $222 million. The PBS auto import figures hold over 95 per cent share of used cars.

Market watchers are also surprised over Kia Lucky Motor’s intention to take the market by storm as the rupee devaluation against the dollar must have shaken its project cost and the company had to revise prices up on rupee-dollar parity.

Sportage may lure buyers of Toyota Revo, Hilux and Fortuner whose prices had gone beyond the reach. Kia’s Picanto 1,000cc may face a tough time in view of competitive price of Suzuki Alto 660cc and market leaders like new Cultus and WagonR.

At a time when car and bike assemblers show their anxiety over current and future sales trend – some two and four wheeler companies have been regularly taking their vendors and dealers to foreign trips which a lay man hardly understands if sales and production are going down coupled with unpleasant business environment after take over by the PTI government. Perhaps these trips are planned to change the mood of vendors and dealers.

One can estimate huge travelling expenses incurred on the vendors and dealers who go in large numbers for a seven to 10 days international trip. This activity puts in doubt the hue and cry of auto assemblers over low sales as nobody knows where the companies are managing these handsome expenditures in providing fun to their vendors and dealers.

As far as dealers especially car dealers are concerned, they are charging over 300 per cent extra on service and tuning from their customers. It is not clear whether the companies have allowed them to fleece the consumers or they are doing on their own.