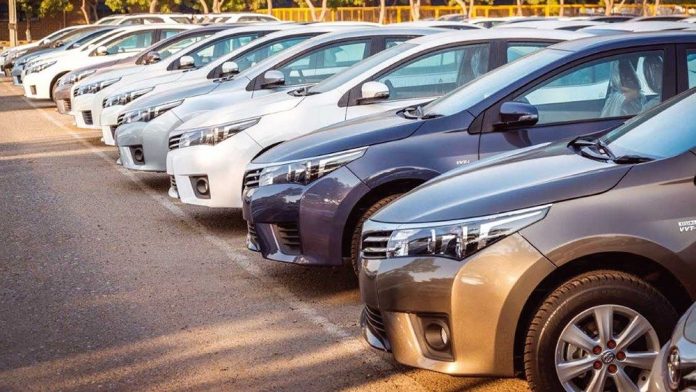 As the Competition Commission of Pakistan (CCP) organised a public hearing on complaints against car assemblers in the country here on Thursday, the car manufactures/assembler come under fire for higher prices/lower quality, and safety standards of vehicles they produce in Pakistan.

Dozens of customers, who were largely associated with the business of used car imports, attended the hearing at the CCP office, also severely criticised the assemblers for not producing required vehicles forcing the customers to wait for over six months or pay premium for early delivery of new booked vehicles. They claimed that unlike vehicles in other countries, the new cars being produced in Pakistan lacked the basic safety standards as there was no regulatory body to inspect and check the vehicles.

CCP Chairperson, Vadiyya Khalil who chaired the hearing, said that the hearing was organised to listen to those who complained against the vehicle manufactures/assemblers. The CCP, she said, had received many complaints during the past few months. She was flanked by member Advocacy and the Office of Fair Trade Dr Shahzad Ansar,  and member Competition Policy and Research (CP&R) Dr Muhammad Saleem.

A complainant, Muhammad Gilani, while talking about the premium or ‘On money’ being charged by investors/black marketers of new cars, said that the vehicle should be registered in the name of the person who first booked the car instead of registering in the name of a 2nd or 3rd man who later purchases the vehicle while paying the premium. He said both dealers and assemblers were responsible for the illegal business.

However, Indus Motor Company (IMC) Chief Executive, Ali Asghar Jamali claimed that his company was taking an all-out effort to discourage the menace of ‘on money’. While talking about the number of steps taken so far to stop the illegal business, he said, the only way out of the issue to make it mandatory to register a vehicle on the first customer name and introduce a tax on transfer within six months of purchasing the vehicle. However, he regretted that the government’s response for the IMC proposals against premiums is still awaited. No action has been taken on wholesale/retail mechanisms and the suggestion regarding transfer tax is still unheard.

He said that IMC has gone so far as to cancel thousands of suspected investor’s orders where multiple vehicles were booked on the same CNIC in the last 2 to 3 years. He also mentioned that on late deliveries, IMC makes a payment of Kibor + 2 per cent to its customers. In rupee terms this has amounted to Rs0.5 billion to date paid by IMC and Rs1.5 billion to date, paid by the industry as a whole.

Another complainant, Suhail Sarfaraz claimed that the vehicles being produced in Pakistan lack the list of ingredients mentioning their quality, manufacturing date and other specifications. There is no regulatory body to inspect and check the quality and standards of the vehicles and auto parts in the country. An official of the Engineering Development Board (EDB) also admitted that Pakistan Standard and Quality Control Authority (PSQCA) lacks the expertise and facility to inspect the quality of products in the automobile industry. Former chairman of the Pakistan Association of Automobile Parts and Accessories Manufacturers (PAAPAM), Aamir Allawala, while speaking on the occasion, said that every new auto part, manufactured here, goes to Japan for test and approval.

Another participant of the hearing complained about the culture of SRO saying that the recent blockage of imported used cars at ports had caused a huge loss to importers besides the sudden jump in premium of new cars from Rs0.2 million to Rs0.4 million. Fawad Hassan, another complainant claimed that small cars, as compared to bigger ones, were costlier in the country. He said even the locally produced cars, which cost Rs1.9 million on new cars, do not carry airbags, a mandatory safety item in other parts of the world.

“We will provide new cars at cheaper rates if we are allowed to import the same commercially. The vehicles being assembled here are not only of old technology but costlier as compared to the same vehicles abroad,” said Shaukat, an importer of used cars. “The auto industry in Pakistan is an import oriented industry. Even a window screen is not manufactured here. We give 200 per cent revenues in terms of taxes,” he said.

Aamir Allawala, while referring to New Zealand and Australia, said that Pakistan should not allow the import of cars as the industry is providing job opportunities to hundreds of thousands of people in the country. He said the import of used cars has generated Rs120 billion in  black economy for the country.

Rizwan, another participant at the hearing said “importing a steel plat and molding it is not called manufacturing. Even the parts manufacturers import all raw material from various countries. Those criticising the import of used cars should also know that 80 per cent of parts manufacturers are also importing raw material from abroad.”  An FBR official also admitted that last year Rs45 billion were spent for imports in the auto parts sector. He said the government was extending concessions to both assemblers and used cars importers.

IMC chief Jamali said that every part being imported by the Original Equipment Manufacturers (OEMs) are guaranteed as compared to the ones imported by others.

During the hearing, Jamali said the industry takes this open hearing by CCP as an opportunity to share its efforts in reducing premiums and curbing the black marketing of new vehicles. Highlighting the efforts made for progressive localisation, he claimed that the industry has achieved more than 60 per cent localisation on their flagship products and the players continue to study the techno-economic feasibility of further parts. However, raw materials for all localised parts continue to be imported as Pakistan doesn’t manufacture either auto-grade steel sheets or resin which are the two primary raw materials for all auto parts. After becoming signatory to the Trade Related Investment Measures (TRIMS) and the General Agreement on Tariffs and Trade (GATTS) agreements, the government had to do away with the industry specific deletion program and instead, it introduced a tariff-based system. Non localised CKD is imported at 30 per cent and localized CKD imported at 46 per cent. Irrespective of the fact that there is no mandatory localisation regime anymore, all OEMs continue to pursue localisation based purely on cost merit.

Addressing the recent price hike, he explained that the rupee devalued by almost 10 per cent whereas manufacturer increased their prices by 3 per cent to 4 per cent only. Furthermore, RD on raw material leads to increased steel prices and increasing utility costs due to prevalent load shedding which is adding to the cost burdens.

He said that almost all OEMs have either increased their capacity or are in the process of increasing it. IMC has recently invested $40 million and enhanced its capacity by 20 per cent to meet the growing demands and to shorten delivery periods.

The auto sector is host to 3 million direct and indirect employees and the largest contributor to national exchequer. If provided with transparent and stable regime, it can serve as a launch pad of economic growth,” he added.

Interestingly, despite severe criticism from customers, the representative of Pak Suzuki, the largest car assembler in Pakistan, remained silent throughout the hearing.

Later, the officials of EDB suggested CCP to wait for the next couple of years as new entrants in the auto sector will change the situation of present demand and supply. Chairperson CCP asked the complainants to submit their detailed complaints within the next 7 to 10 days.