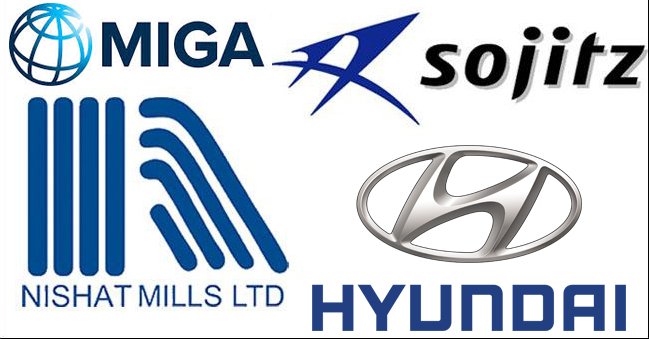 The Multilateral Investment Guarantee Agency (MIGA), a subsidiary of the World Bank Group, has approved guarantee worth $66 million for the construction and operation of a vehicle assembly plant of Hyundai-Nishat Motors in M3 Industrial City, Faisalabad.
A representative of Sojitz Corporation in Pakistan, while talking to Automark said this is the first time in the history of Pakistan that this type of agreement was signed between any automobile company and World Bank.
This type of guarantee (insurance) is normal in African countries where the situation is not favorable due to the poor performance of their economy and security conditions. The guarantees include investments and loans provided by Sojitz Corporation of Japan, a trading company, to Hyundai-Nishat Motors, which is a joint venture between South Korea’s Hyundai Motor and Pakistan’s Nishat Group, one of the largest conglomerates with their business spanning from retail to hotel and textile to banking.
The plant is expected to start operation in the year 2020 and will have estimated annual production capacity of 30,000 vehicles approximately. The plant will assemble a range of Hyundai brand vehicle models from passenger cars to light pickup trucks aimed for generalpublic, SMEs and other fleet running businesses. Total cost of the project is around $230 million.
The guarantees, which are for 15 years, protect from the risk of restriction on transfer, acts of expropriation, war and civil disturbance. The Hyundai-Nishat Motor state-of-the-art assembly plant will be started to provide the best-in-class Hyundai vehicles to Pakistani consumers through a nationwide dealership network.
Hyundai Nishat Motor’s assembly plant is joint venture between Nishat Group 60% and Sojitz (Japan) Corporation 40%, total costs around $230 while a TLA and Distributor agreement with Hyuandi motors Korea, later Millat acquire 18% of Nishat shares.
The project will be started by installing contemporary hardware, software and skills enhancement programs to develop a quality workforce with the help of technology principals by Hyundai. The project is expected to boost economic activity through the creation of thousands of jobs and import substitution. Furthermore, the project is meant to localize a substantial number of automotive parts with the support of local vendor industry which will also benefit from the latest Korean technology. It will also create another option for end-users who wants to buy a local car other than manufactured by the trio Pak Suzuki, Atlas Honda Cars and Indus Toyota Motors.