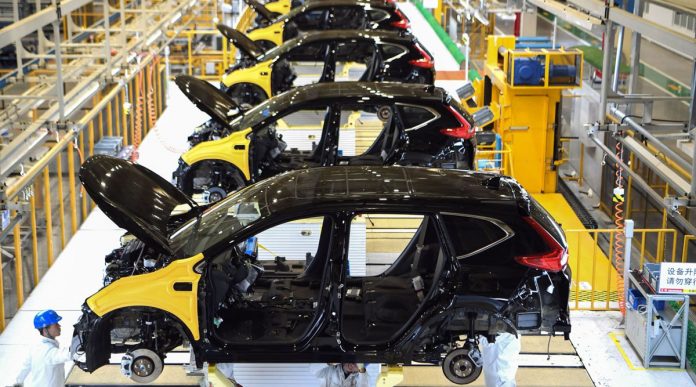 Honda Motor and Toyota Motor will keep shuttered auto plants in China closed in response to the coronavirus epidemic, Nikkei has learned.

Honda on Friday announced that it will aim to restart production in the Wuhan area of Hubei Province on Feb. 17. On Jan. 29, it decided to suspend operations until Feb. 9 in response to a Chinese government notice following the viral outbreak.

Honda aims to restart production in Guangzhou on Feb. 10. If the carmaker can restart production as now scheduled, it “will not have much impact,” said Seiji Kuraishi, Honda’s executive vice president, at a news conference the same day.

Honda is the first Japanese automaker in China to extend the suspensions.

The viral outbreak risks hurting the automakers’ upcoming results, underscoring their dependence on China in terms of production and sales.

Honda on Friday raised its net profit estimate for the year ending March 2020 to 595 billion yen from 575 billion yen, down 3% from the previous year.

Toyota, which had planned to restart operations at its four Chinese plants as early as Feb. 10, extended its production halt to Feb. 17.

All four of the automaker’s plants — in Tianjin, Sichuan, Jilin and Guangdong — are joint ventures with local companies.