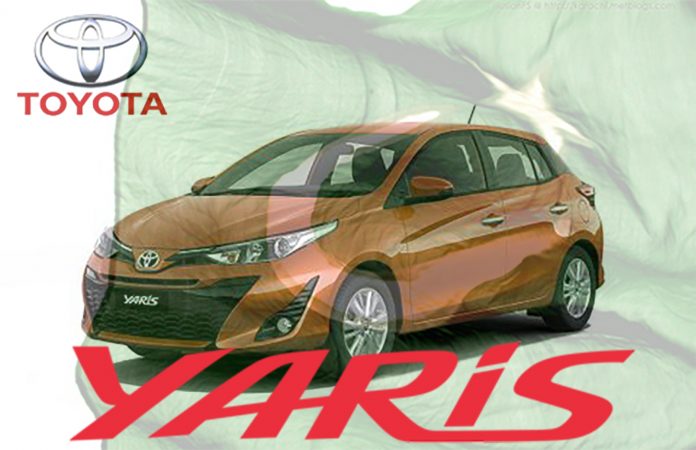 Previously there were speculations that the Toyota manufacturer in Pakistan, the Indus Motor Company (IMC) was planning to replace their popular 1.3 liter Toyota corolla GLI & XLI with their variant Vios Sedan. It was to be launched by mid of 2018, however, due to the rupee devaluation and the tough economic condition of the country the plan was shelved.

After that came the plan to launch Yaris Sedan instead of Vios by 2019. However, the crisis of the automobile industry has caused the manufacturers to again re-think on the launch date. Hence Yaris will now be released on February 2020 instead of October 2019.

According to the auto parts vendors, the work on the production of Yaris Sedan is in process and the parts of the car will be delivered to the IMC by November-December of 2019.

Yaris Sedan, also known as Yaris Ativ, was launched first in Thailand in 2017 complying with the Eco-car regulations it had a smaller engine of 1.2-liter petrol Dual VVT-I engine mater with a Super CVT-i transmission.

Yaris Ativ’s exterior has impressed both clients and critics. The innovative fascia and front twin colored bumper give a sporty and attractive look. It has Toyota’s signature facelift and V-shape air intake trapezium grille with sleek LED projector headlamps. Along with that the daytime hockey shaped lamp adds to the frontal beauty of the car. The doors have sport trims and the wheels arches over 15-inch alloy. Overall the car has a sophisticated touch with premium work done on it.

But it is not just all about the exterior it has an equally amazing interior which is wide and spacious. It is filled with high-tech technologies which are power steering with an analog tachometer, touchscreen navigation, multimedia panel, automatic sensing alerts of an accident, and cruise control navigations with stability sensor. Along with these the inner cabin of Yaris Ativ is fully air-conditioned and packed with safety features.

In the pricing section, Yaris Sedan as compared to Vios costs less although both cars are similar in terms of dimensions, suspension, and many other features.

In the last seventeen years, Toyota has dominated the automobile industry with its GLI and XLI models. However, their popularity took a hit when Honda introduced its new City and Suzuki’s model Cultus and Vitara hit the market. It seems like with Yaris, Toyota is back taking the competition to the next level as this model offers some amazing features at a good price. But will it be good enough to beat competition like Proton, KIA, and Hyundai?