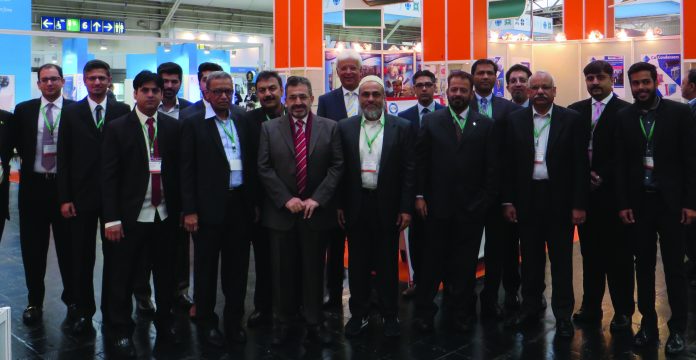 Dancing robots, emotional speeches and a friendly “rivalry” between US President Barack Obama and German Chancellor Angela Merkel: HANNOVER MESSE 2016 began on Sunday evening with a high-caliber opening ceremony.
We want to build on the spirit of innovation in the USA,” said POTUS Barack Obama in his opening speech. This spirit has been driven by Germany and HANNOVER MESSE, especially over the past 70 years. Obama added that the USA has now created new production facilities, subsidy schemes and jobs in recent years to help reach this goal.
In what is likely his last visit to Germany as President, Obama spoke in particular about the TTIP free trade agreement. He believes that there are too many obstacles restricting trade between the EU and the USA. Different regulations and standards lead to higher costs. Therefore, one of TTIP’s aims is to establish harmonized high standards.
Politicians and the industry agree on TTIP


Obama also promoted the USA as a production location for European companies. Angela Merkel gladly took the opportunity to respond: “We love competition. But we also like to win,” replied the German Chancellor.
A challenge with a smile. In her speech, Merkel emphasized that cooperation is essential for the future of industrial production – in a transatlantic partnership. “We in the EU want to lead the way, together with the USA,” said the Chancellor, referring above all to the development of global communication and IT standards for integrated industry.
Germany has always been ahead in bringing up innovative technology and products to the market. Yet again the grand event being held at Germany has been doing great. Companies from all over the world have participated and presented their innovations.
Pakistan is nowhere behind, the ministry of commerce made sure that Pakistan can present itself in the international fair of Germany. As many as 32 companies have participated in the fair from Pakistan and huge success is seen till date. The companies are named as; Omar Jibran Engineering Industries Ltd.,The General Tyre and Rubber company of Pakistan Ltd, AuVitronics Limited, Noor Engineering Services Ltd, Thal Engineering, International Industries Ltd, Dawood Engineering Ltd, Pakistan Wire Industries Ltd, EZZI Engineering, Galaxy Engineering, Western industries, FAS Tube Mills and Engineering Industries, Razzaq Engineering Works, Mughal Innovations Ltd, Mecas Engineering Ltd, Ali Tech (Pvt) Ltd., AlNoor Refractories Ltd, T.M Rubber Ltd, Matchless Engineering, Breeze Frost Industries, AE Desing Ltd, Scon Valves, Dendrite Metal Processing, Chenab Engineering Works and Foundries Ltd, Alpine Industriaicon Ltd, Darson Industries, Eehabs Engineering Company Ltd, Fibre Craft Industries, Thermosole Industries ltd, Precision Forging ltd, Mistequay International, NES Enineering and last but not the least Concept Ltd, while Technopack Industries and A-One Technique were participate under umbrella of CBI pavilion.
Participating such event is very good for a country and it presents the image of the country. Pakistani companies had been missing this event since the last 8 years due to no funds and motivation. The government this time made sure that Pakistan can represent itself too.
Such global events being held should be a benchmark for Pakistan and the government should learn and try to organize such events in Pakistan as well. The reason why events like Hannover Messe are important for Pakistan is that each and every company is going to benefit from it. There will be recognition of local companies all around the globe which is going to increase the economic situation of the country itself because of international demand and more exports.
The feedback received from Pakistani companies present at the event is positive and the companies are motivated to meet the international demand and increase their services as much as possible. All in all it is a good step taken which is eventually going to benefit Pakistan itself.
Feedback from Pakistani Exhibitors was recorded by Editor-in-Chief of Automark, Mr. Hanif Memon as he were also attended the ongoing event. He received feedback was positive and the exhibitors were very motivated. Pakistani companies are looking forward to participate in such events in future as well. It can be said that holding such technical fair is easy for Germany because technological and engineering industry accounts for major earning in their economy where as on the other hand Pakistan lacks in excelling in both industries. Exhibitions related to agriculture can be held in Pakistan where different countries can be invited who have agriculture based economy to learn and share their experience.