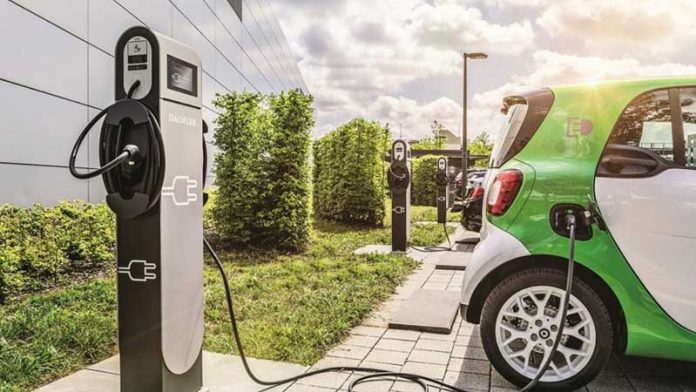 The Ministry of Climate Change is putting in its best efforts to promote electric vehicles in Pakistan to help protect natural environment but it is yet to come up with concrete policies to translate this dream into reality.

According to the data, the federal cabinet approved first-ever national Electric Vehicles (EVs) policy with an aim to tackle negative impacts of climate change and offer affordable transport to the common people.

The government has set the target to transform 3,000 CNG stations to EV charging stations and convert 100,000 cars and 500,000 bikes and rickshaws to EVs in next 4 years.

An official said they are still pondering over the details about how the government would tackle the situation when high concentration of EV home charging during peak hours/periods would overload local power transformers.

“The charging stations for EVs will require electricity that will be through distribution companies only unless someone makes its own electricity supply arrangement,” he said.

There are also some more questions including whether battery powered EVs would be competitive with conventional fueled vehicles in next five to ten years and how and when cost-effective charging infrastructure would be developed in the country, the official said.

Spokesperson of the Climate Change ministry said carbon emissions from motor vehicles is considered one of the largest contributors to air pollution due to which their ministry is working hard to introduce culture of electric vehicles everywhere in the country.

“The use of electric vehicles may help resolve many issues including air pollution, rising fuel import bill and saving two-thirds of transportation,” he said.