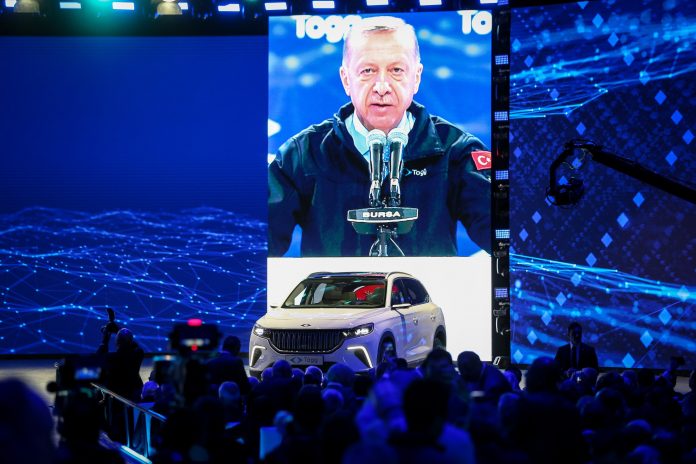 The plant will oversee the mass roll out of the country’s first domestically-produced and much-anticipated car, TOGG.

Gurcan Karakas, the chief executive officer of TOGG, appeared confident about the prospects of the brand, saying the vehicle will be “much more than a car”.

“We have not used the word ‘car’ in promoting the brand. TOGG will provide the comfort of home and a wholesome experience to its users,” he told TRT World.

Karakas said the idea behind TOGG was to create a globally competitive product. He said while Türkiye has been manufacturing automotive products, passenger cars, light motor vehicles and trucks for more than sixty years, what the country lacked was its own brand.

“Now we have our own brand,” Karakas said, adding, “And it is not just a brand, but an ecosystem which is most probably happening for the first time all over the world.”

Türkiye has had some attempts more than fifty years ago to build its own car, but those projects never went much further.

In that context, the success of TOGG is an apt reflection of the national sentiment seen in the celebrations during the launch of the Gemlik Campus, which coincided with the Turkish Republic’s 99th anniversary.

The massive campus, built on an area of 1.2 million square metres, brought Türkiye’s long-held dream of building a domestic automobile to reality.

It was also the vision of Türkiye’s President Recep Tayyip Erdogan, who pursued the project with much rigour since the inception of the idea four years ago in 2018.

It would not be inaccurate to call TOGG a truly modern product, since it is fully electric and does not rely on environmentally unfriendly sources of fuel.

Moreover, it is designed by Italy’s Pininfarina – the same company that created numerous models for Ferrari.

As of now, TOGG will come in two options, with either 200- or 400-horsepower engines.

The car will feature advanced lithium-ion battery technology, which the company says will reach an 80 percent charge in under 30 minutes.

For the initial rollout, TOGG plans to manufacture five variants through 2030: an SUV, a Sedan, a C-Hatchback, a B-SUV and a B-MPV. Furthermore, the consortium aims to produce at least one million vehicles in the next eight years.

TOGG is the latest addition to Bursa, which is often dubbed the automotive capital of Türkiye, with established factories of many foreign brands.

The first TOGG is likely to be made available on the market by the first quarter of 2023, with the pricing of the vehicles to be revealed closer to their public release.

Could TOGG be called a ‘game changer’ for the Turkish automobile market? Karakas surely thinks so.

“Not necessarily only for the Turkish automotive market. We believe this is the transformation of the (global) automotive industry,” he said.

“We are one of the players setting the rules of the game and this is, I think, making a big difference.”