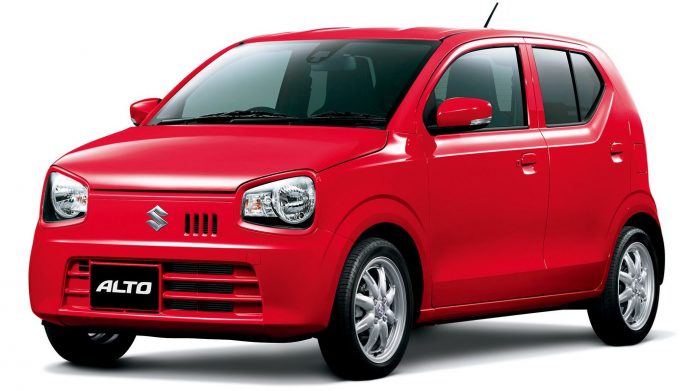 The market was abuzz with rumors that the Suzuki Alto car prices would again be increased. After the last price increase, their statement said “The above prices are subject to change without notice and prices at the time of delivery shall apply. Any government tax applicable will be charged to the customer.”

According to industry sources, Suzuki Alto might be going for another price increase that would be somewhere around 25k to 40k, however, the news is not confirmed yet that on which variant they will increase the price. This would be their third price revision since the car was launched back June 2019.

The Auto industry is going through a hard time especially with the depreciation of the rupee value in the market. However the dollar has gong slightly down by 3-4%, so it was expected that the automakers would revise prices to go downward. At the moment it does not seem likely that it would be happening anytime soon.

When the car was launched the introductory price of the Pak Suzuki Alto VX was Rs.981,000, Alto VXR was for 1,083,000 and Alto VXRL AGS was for 1,277,000. However, as tax became a burning issue at that time and the rupee devalued many companies raised their prices. Among them, there was Suzuki Alto 660cc and it was confirmed on 30 July 2019 that the prices were revised which were implemented from 1st August 2019 and were as follows:

Note that while the above-mentioned prices are inclusive of Ex-factory price and freight charges incurred on the vehicle to reach dealership premises, they are exclusive of Advance income tax.

Now, this was quite a shock to the buyers but it was expected after the cost of high taxes and duties imposed by the government.

But another price increase at this time suggests that Kia Picanto which was introduced last week to compete against Suzuki has failed to cause any stress lines on the Suzuki Automakers and they’re least bothered with the competition offering a better car but with a higher price.

Although the stress goes on to the consumers who are struggling to find budget cars especially with imported cars out of the option and locally produced car makers hiking their prices despite a decrease in the US dollar.

Is the Auto Industry really troubled and losing business?