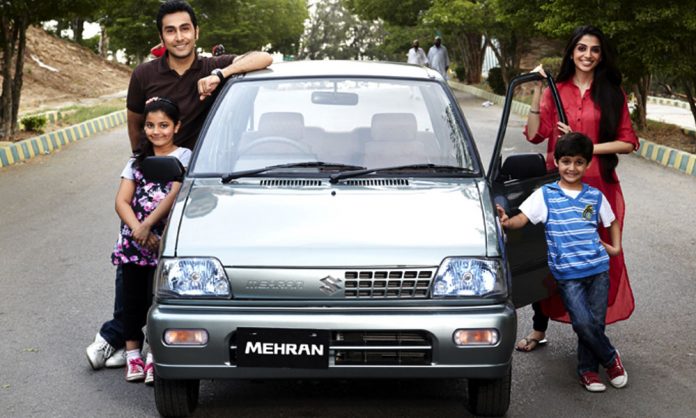 According to our sources, Pakistan Suzuki Motor Company Limited (PSMCL) has decided to discontinue its Mehran car model VX from end November 2018. The company also plans to discontinue another Model VXR in the mid of 2019. It is expected that Suzuki will launch another mini car line ups soon.

Suzuki Mehran is a very popular car among car buyers in Pakistan ever since it entered the market. The Suzuki Mehran is a globally retired small car manufactured and marketed by Pak Suzuki Motors, a subsidiary of Suzuki in Pakistan. It is a rebadged second-generation Suzuki Alto CA/CC71 which was sold in the Japanese and European market from 1984 to 1988. Pakistan remains the only country where the vehicle is still in production until 2018. When the second generation of Suzuki Mehran arrived in Pakistan in 1989, it cost around PKR 90,000.[1] It was among the top-selling cars in Pakistan.

It’s amazing how it has managed to stay at the top for so many years. It was retired more than 2 decades ago and the only country producing it in 2018 is Pakistan but now the company has decided to stop supplying its VX Model in Pakistan. Mehran managed to achieve many milestones in Pakistan and it has been one of the top selling car in the country. There are many features that make the car hot selling and popular among car buyers which are listed below:

Fuel Efficiency:
It comes with no surprise that car buyers in Pakistan see running cost and fuel mileage as a key factor in buying a car. Fortunately, the 800cc EFI Euro 2 engine manages to pull out excellent fuel economy figures. You can expect anywhere between 17-20 km/l from Suzuki Mehran that makes it a fuel efficient and cost effective.

Availability of Parts:
It wouldn’t be wrong to say that a car like Mehran can be fixed in no time in your own garage. You can easily find spare parts for Suzuki Mehran and also mechanics which can make your car back to normal. You won’t have to import car parts in high prices. Very few cars in the world can offer you such peace of mind. Mainly due to the fact the car industry has grown so much and newer cars are more technologically advance and complicated to understand. Whereas Mehran sticks to the basic old style making it very simple to understand and make repairs.

Economical Price Tag:
A base Suzuki Mehran VX will cost you PKR 679,000. Whereas the top of the line VXR CNG model will cost you PKR802,000. At first, these prices seem very cheap for a new car in current age. However, keep in mind that even the top of the line VXR model ditches ABS and power steering and let’s not talk any further. Although roads in Pakistan have started to see imported Japanese hatchbacks featuring advanced safety and security features in the past few decade. While also managing to dent Mehran sales but still those cars even combined don’t match up with the sales Mehran still enjoys.