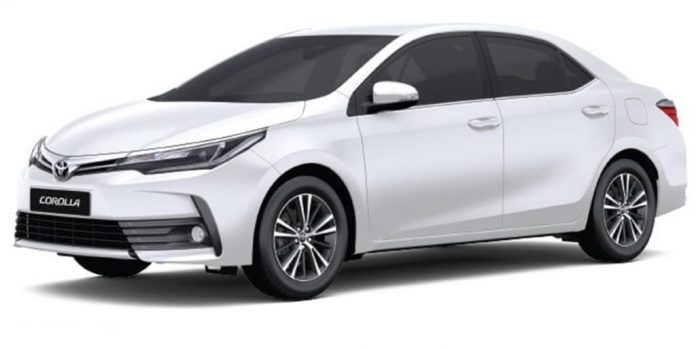 DUE TO POOR SALES IN THE EXECUTIVE SEDAN SEGMENT AND MORE AND MORE CUSTOMERS BUYING COMPACT AND MID-SIZED SUVS, TOYOTA HAS ANNOUNCED THE DISCONTINUATION OF THE COROLLA ALTIS FROM APRIL, 2020.

With more and more consumers moving to compact SUV and mid-size SUV segments, the sales of executive sedans have seen a sharp decline. Even Suzuki had second thoughts about how successful a Suzuki-badged Corolla Altis would have been in a dying segment of cars. Toyota was also doubtful that the brand strength may not stretch enough to be able to garner healthy margins.

In the financial year 2019, all the executive sedans witnessed a decline in sales by 30%. This includes the Toyota Corolla Altis, the Hyundai Elantra and the Skoda Octavia. Ironically though, Toyota sold 2,783 units of the Corolla Altis, finishing at the top of the segment. However, the overall numbers are still quite small and there does not seem to be much potential from a Suzuki-badged Corolla Altis as the segment itself has not been doing good at all. Toyota therefore sees no viable reason to upgrade the car or bring a new version of the sedan to India.

The Toyota Corolla Altis comes with a 1.4L diesel engine and a 1.8L petrol engine. With the BS-VI emission norms kicking in next year, there was no point upgrading the BS-IV compliant Corolla Altis to the BS-VI specifications as that would call for heavy development costs and the sales anyway aren’t enough to justify that. Also, the diesel Altis constituted a significant portion of sales for the Altis. With the diesel gone, there was no reason to keep the Corolla Altis anyway.