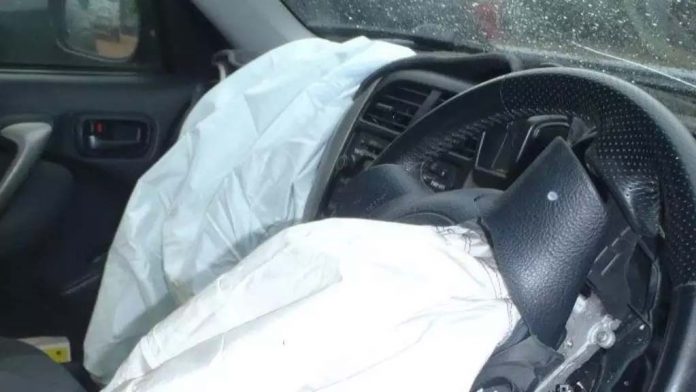 Almost 50,000 cars previously serviced as part of the nationwide recall of Takata airbags have been recalled again, after replacement airbags were installed incorrectly.

Toyota Australia issued a recall of 48,000 Corolla and Rukus models in March, after issues with replacement airbags fitted on the passenger side.

A spokeswoman for Toyota said some replacement airbags may not properly inflate in the event of an accident, increasing the risk of an injury.

“There is a possibility that in some vehicles, the replacement inflator was installed incorrectly. This results in insufficient sealing of the inflator to the airbag assembly,” the spokeswoman said.

“In the event of an accident, gases could leak from the inflator and the passenger front airbag may not properly inflate as designed during deployment, increasing the risk of injury.”

It is not known how many vehicles have been affected by the second recall.

The spokeswoman told Fairfax Media that dealerships were currently contacting owners to rectify the situation.

Corolla and Rukus models manufactured between March 2007 and December 2012 are affected by the second recall.

More than 1200 Rukus models have been re-recalled, while 19,000 Corolla sedans and 27,000 Corolla hatchbacks were also affected.

“This [second recall] is not technically part of the [wider] Takata recall, but all were affected by the Takata airbags,” the spokeswoman said.

The new recall comes after the federal government announced earlier this year a mandatory recall of 2.3 million vehicles that were fitted with Takata airbags.

At the time, Assistant Minister to the Treasurer, Michael Sukkar, said the recall was the “largest and most significant recall in the nation’s history”.

The mandatory recall affected manufacturers such as Toyota, as well as Honda, Nissan and Mazda.

ACT Consumer Affairs and Road Safety Minister Shane Rattenbury said drivers should check if their vehicle was affected by the mandatory recall, with many hitting the roads over the Easter long weekend.

“Airbags are not something we often think about until they get deployed in a crash,” he said.

“Unfortunately in the case of a vehicle fitted with faulty Takata airbags, the outcomes of a crash can be catastrophic.”