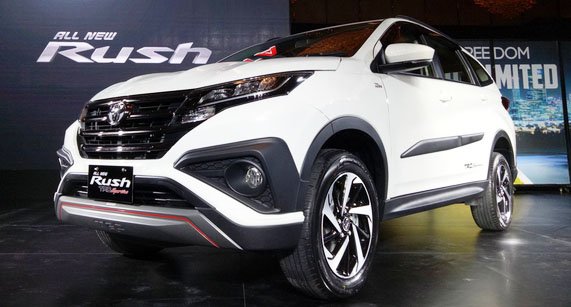 Indus Motors Company has launched the second generation-Toyota Rush 2018 in Pakistan on 10th September.
Powered by the 1.5-litre petrol engine, Toyota Rush is a 1500 cc mini-SUV. Back in 2010, it was used to be called the Daihatsu Terios but got renamed later by Toyota. During the following years, it has undergone several design changes. It will be available in Pakistan in three variants called G/MT, G/AT, and S/AT. S/AT being the higher-end one with the engine produces 136 nm torque and 104 bhp of horsepower. However, most of the internal features are the same between these three variants except the transmission options, some chrome ornaments, and other advanced techs.

The booking starts and the delivery time is 45 days. In past, the Toyota model Daihatsu Terios lanched in 2010 but failed due to engine related issues also. It is yet to be seen how Toyota Rush will perform in the Pakistani market.