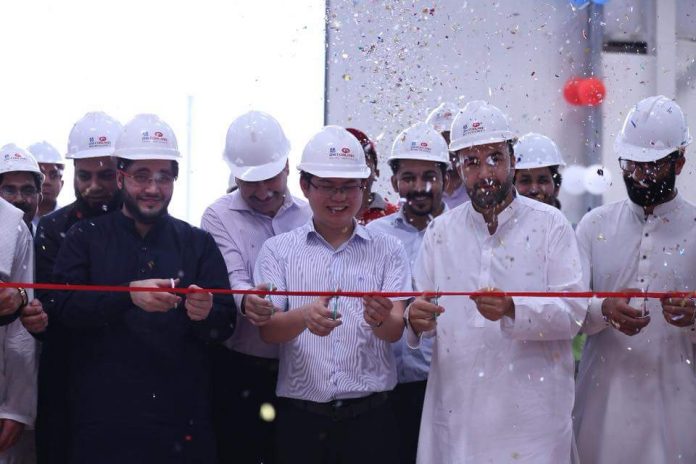 Here at JW Foreland automotive line, turn automotive dreams and aspirations into reality, enabling partners among the most innovative car makers in the world to lightweight their vehicles, thereby curbing fuel-consumption and emissions in use,” said JW Group President Mr. Shah Faisal in his opening speech.

The inauguration was attended by Mr. Javed Afridi CEO Haier & Ruba & Mr. Alex CEO JWForland , illustrating the strong bond and close cooperation between the two countries. Heads of the Cooperation, spoke from the stage before unveiling the new production line.
Mr Shah Faisal stated that the new automotive line is “exquisite gift of CPEC and a promise for the future”. Mr Alex described the facility as instrumental to push automotive – which is helping the Pakistan car industry and the climate through less emission technology .

During the ending notes from Mr Javed Afridi, he emphasised the importance of Chinese investment in Pakistan , as a piece of the puzzle to help combat the financial crisis. It is for good reason, therefore, that Pakistan & China is called the ‘green field partners in investment’.