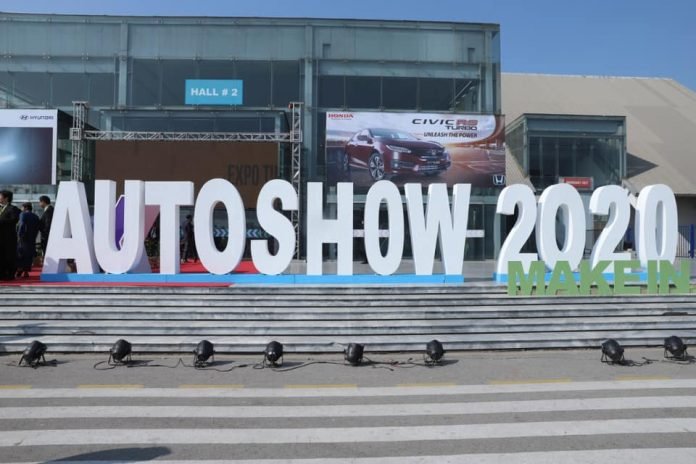 Era of Pakistan Auto Parts Show PAPS started from 1995, when PAAPAM members first time displayed their products from auto industry platform. A show was organized in Marriot Hotel, Islamabad from 9th to 11th December 1995 in which 42 members participated.

Chaudhry Mukhtar, then Federal Commerce Minister from 1993 to 1996 in Benazir Bhutto led cabinet, was the chief guest. It was fully sponsored by Export Promotion Bureau and for the first time in the history of Pakistan, government officials took a glimpse of specialized and hi-tech parts which were being manufactured in Pakistan.

Like every year, PAPS organizing committee successfully organized Pakistan’s biggest Auto Show ‘PAPS 2020’ in Lahore. It was the 16th annual show of PAAPAM, reaching new heights of success every year. It was a three day event which started from 21st February in the Expo Centre Lahore and concluded on 23rdth February 2020.

The show was witnessed by government officials, defense personnel, counsel
generals, bureaucrats and a large number of visitors.

The Show started at 1100 hours at Auditorium/Convention Center International Expo Lahore. All the chairmen’s of OEM, CEOs of auto parts manufacturing company, attired in
elegant raiment, arrived before time.

The industrialists emphasized that the government needs to draft effective automotive policies in order for the economy to excel. The automotive industry has provided numerous jobs all over Pakistan as more than 3000 auto-part manufacturers are operating in the country. Furthermore, around 50,000 skilled workers as direct employees and 2.4 million as indirect employees are hired with a decent salary throughout the country and it still has potential to grow further.

The Chairman further said that since Pakistan is the cheapest source for producing tractors, it not only needs to capitalize on this market but other parts production as well to boost the income from exports. The industry has generated investment volume of Rs400 billion and contributes revenues of Rs90 billion per year to the national exchequer. It has also achieved an import substitution worth US$ 3 billion per annum and an exports volume of US$200 million per annum.

Mr. Nabeel Hashmi, Chairman PAPS Committee said that this event allows vast amount of knowledge to be shared amongst everyone attending it. It has also pushed many youngsters in pursuing a career in engineering and automotive industry. Moreover, fresh and fruitful technological ideas are also generated and shared with brands, businessmen and enthusiasts to expand their business networks as well.

Mr. Saad Sherani, SVC for PAAPAM, said that as the demand for automobiles is expected to rise continuously over the next 3-5 years, the big challenge for Pakistan is to nurture local assemblers and vendors and ensure rapid investments in capacity-building to meet the sharply rising demand.

PAPS has become an international brand of Pakistan which attracts many foreign exhibitors as well. However, compared to last year, very few foreign industry specialists attended the event. Moreover, hardly any of the Chinese suppliers and industrialists could make it due the unfortunate spread of corona-virus.

To conclude, the overall event was a success as it definitely brought certain issues to light, how the automobile industry can achieve new lengths of success by further localizing production and definitely allows the cars and parts manufacturers to be marketed in a well-known platform. However, there were no prominent government officials who visited this event, nor a closing ceremony was performed…..