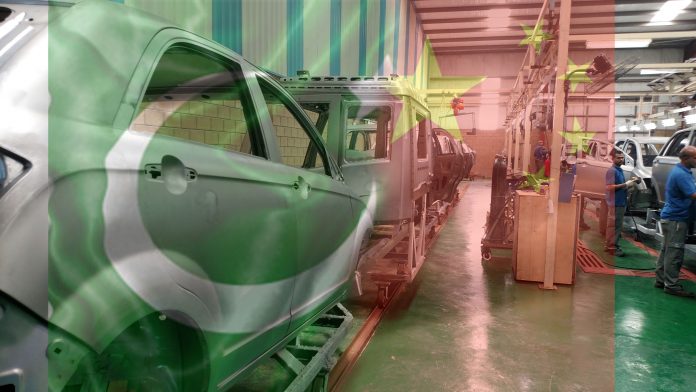 The total number of companies which have been awarded Greenfield status under ADP 2016-21 has touched double figure and is now 10. In addition, two companies i.e. M/s Dewan Farooq Motors and Ghandhara Nissan Car Plant have been revived and awarded Brownfield status under the Automotive Development Policy 2016-21. M/s Pak China Motors has signed exclusive Technical Collaboration Agreement with China’s Chongqing Lifan Automobile Co. the company will setup an assembly plant at Karachi with an investment of in Phase-1, Rs. 2.2 B, including cost of land.
The plant site is 37 acres where as in phase-1, they will utilized 14 Acre land for construction.  In phase-1, Paint and Assembly lines will be installed where as in second phase Stamping shop will be installed (not including in cost) to produce Light Commercial Vehicles (LCVs), passenger cars and Specialize Utility Vehicles (SUVs).