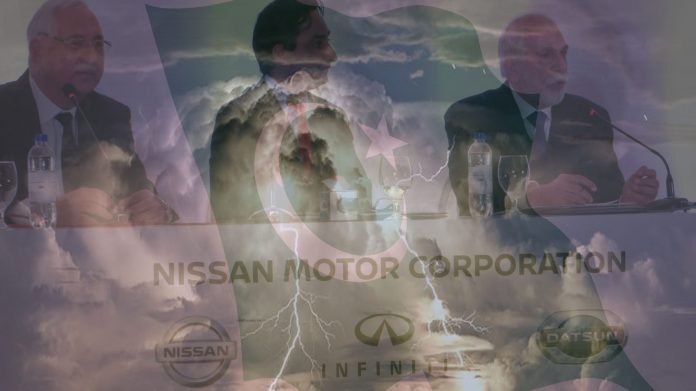 According to the news, Ghandhara Nissan Limited (GNL) is revising their plans to assemble Datsun vehicles in the country as the company feels that with current economic conditions and unstable exchange rates they “cannot afford to go for a project of this magnitude, especially with that level of uncertainty” as reported by press media.

The official GNL report said “Apart from project-related challenges, the local economic conditions, particularly the automobile market situation have compelled us to revisit the project’s sustainability,”

“We have to re-program the project timeline citing unsatisfactory economic conditions, high-interest rates, and vulnerable exchange rate,” he added.

Previously GNL has planned to put an investment of Rs. 6.5 billion in the upcoming 4 years along with the launch of 1200cc Datsun Cross by the year 2020. It was also planned that 1200cc Datsun Go and Datsun Go plus would roll out from the plant located in Port Qasim Area.

The report also mentioned that the devaluation of the dollar the last year and a half has impacted the financial feasibility of the project and along with that the additional customs duties, federal exercise duty, and high-interest rates have further compelled them to rethink

The market situation is not conducive for new entrants as existing automakers are already facing a crisis owing to around 50 percent fall in sales.

However, the official letter to Pakistan Stock Exchange Limited by Ghandhara Nissan limited released on 4th October says that all the news is misleading and holds no authenticity.